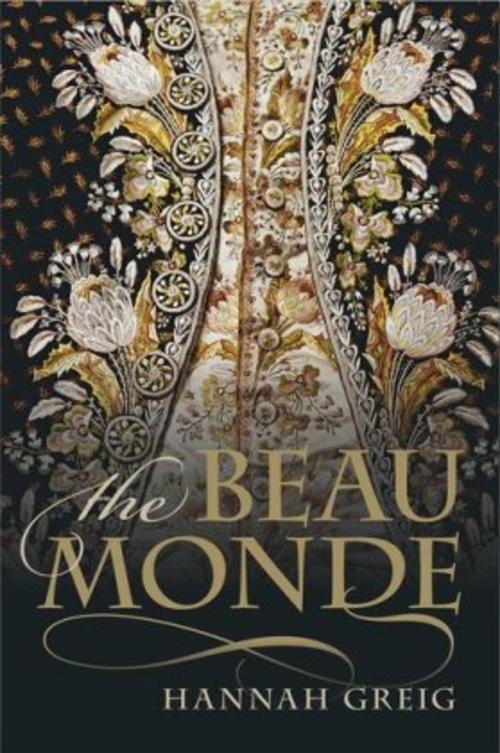 Caricatured for extravagance, vanity, glamorous celebrity and, all too often, embroiled in scandal and gossip, 18th-century London's fashionable society had a well-deserved reputation for frivolity. But to be fashionable in 1700s London meant more than simply being well dressed. Fashion denoted membership of a new type of society-the beau monde, a world where status was no longer determined by coronets and countryseats alone but by the more nebulous qualification of metropolitan'fashion'. Conspicuous consumption and display were crucial; the right address, the right dinner guests, the right possessions, the right jewels, the right seat at the opera.The Beau Monde leads us on a tour of this exciting new world, from court and parliament to London's parks, pleasure grounds, and private homes. From brash displays of diamond jewellery to the subtle complexities of political intrigue, we see how membership of the new elite was won, maintained-and sometimes lost. On the way, we meet a rich and colourful cast of characters, from the newly ennobled peer learning the ropes and the imposter trying to gain entry by means of clever fakery,to the exile banned for sexual indiscretion. Above all, as the story unfolds, we learn that being a Fashionable was about far more than simply being 'modish'. By the end of the century, it had become nothing less than the key to power and exclusivity in a changed world.

The story of the world's first fashion-obsessed society in eighteenth century London-and the colourful tales of extravagance, vanity, intrigue, and sexual indiscretion that accompanied it

2 Leading the fashion: 'a most brilliant shew';

3 Life in the town: 'all together and all distinct';

4 Politics and fashionable life: 'all the chatter chitter I heard';

5 The court and fashionable display: 'most tastefully spangled';

6 Beauties: 'so pow'rful her charms';

The story of the world's first fashion-obsessed society in eighteenth century London-and the colourful tales of extravagance, vanity, intrigue, and sexual indiscretion that accompanied it.